Do many people ever really outgrow the desire to be popular? As adults, of course, we’d probably prefer the terms “held in high esteem” or “highly respected,” operating under the aassumption that the quest for popularity belongs to adolescents. Having moved well past the angst of dealing with acne, securing prom dates and passing midterms, we are surprised (or perhaps embarrassed) to find ourselves still longing for almost universal acceptance. 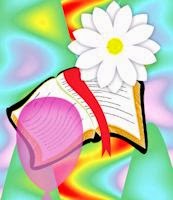 This longing has intensified for Christians as general society increasingly defies sound biblical principles. For example, the notion that sexual expression belongs exclusively within the confines of monogamous, opposite sex marriage evokes  laughter and mockery, even from some self-professed evangelicals. Similarly, many people unquestioningly embrace a wide variety of practices that derive from Eastern spirituality, including folks who claim allegiance to the Lord Jesus Christ. We’ve been discussing these disheartening trends since I began this blog in July, and will most likely continue having to do so.

Why is such conversation necessary? In part, because so many evangelicals seek worldly acceptance.  Rather than separating from the world as people called by a holy God, a growing number of people who call themselves Christians adopt worldly philosophies and behaviors, assuring themselves that such compromises communicate “love” and “tolerance.”

Worst of all, churches that once excelled in preaching and teaching sound doctrine now look to marketing techniques for methods to fill their membership rolls and, consequently, their offering plates. They seek to attract neighbors through non-threatening social activities, contemporary music, mystical spiritual disciplines and short sermons that minimize the gospel message. Popularity, in short, promises fuller pews and (more to the point) increased income.

Jesus, although He gained popularity when people supposed that He would immediately benefit them, stated clearly that the world would reject both Him and His true followers. Let me cite just one example of Him making this claim:

18 “If the world hates you, know that it has hated me before it hated you. 19 If you were of the world, the world would love you as its own; but because you are not of the world, but I chose you out of the world, therefore the world hates you. 20 Remember the word that I said to you: ‘A servant is not greater than his master.’ If they persecuted me, they will also persecute you. If they kept my word, they will also keep yours. 21 But all these things they will do to you on account of my name, because they do not know him who sent me. 22 If I had not come and spoken to them, they would not have been guilty of sin, but now they have no excuse for their sin. 23 Whoever hates me hates my Father also. 24 If I had not done among them the works that no one else did, they would not be guilty of sin, but now they have seen and hated both me and my Father. 25 But the word that is written in their Law must be fulfilled: ‘They hated me without a cause.’ ~~John 15:18-25 (ESV)

While Christians shouldn’t be obnoxious for the sake of being obnoxious, it remains imperative that we expect rejection, both from the world and those who aren’t truly saved. This rejection hurts. Admitting the fact that we’d prefer not to endure taunting, ridicule and censure only displays our willingness to be honest and humble. Yet, in disliking the rejection that necessarily accompanies our faithfulness to follow Jesus, we must remember that He told us that persecution comes as a natural reaction to His truth.

Last night, speaking in the General Session at the Shepherd’s Conference (you can live-stream the General Sessions), Steven Lawson introduced his exposition of Psalm 2 with a comment that perversion is at an all-time high in Western culture. I agree! As a result, the Gospel simply won’t attract those who aren’t elect, no matter how many marketing strategies we employ. We must proclaim truth boldly, insisting that sin be brought to the cross in repentance, and that faith in Christ alone offers salvation.

Let me go a step further. We must warn professing Christians that they can’t sustain friendships with the world and yet claim to belong to the Lord. Our message necessarily creates a distance between us and the world that, quite frankly, we have no business trying to bridge.

Definitely, everyone likes accolades and prestige. But when faithfulness to obey the Lord and proclaim His Word include the risk of offending people, we need to choose Him over even those dearest to us. Although the Lord would call us to present the Gospel gently, and with humility, He would also call us to be bold and uncompromising. By all means, work to present the Gospel in a winsome manner, but don’t compromise the truth.