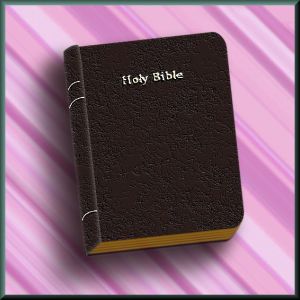 Eve’s fatal encounter with the serpent and subsequent rebellion in eating the forbidden fruit is such a familiar narrative to me that sometimes I fail to comprehend all of its implications. But yesterday morning an article in the January/February 2016 issue of Modern Reformation sent me back to the text in Genesis 3. Simonetta Carr’s article, “East of Eden,” tells the story as if through Eve’s words, comfortably familiar (as I said) until I reached  this paragraph:

As wonderful as the Garden was, the serpent convinced me we could have much more, right then and there, without waiting for God’s timing. The serpent appeared to be our friend, but he was strange. He could speak our language and seemed to know more than we knew, but I didn’t give it much thought then. It was an enticing prospect of having our eyes opened, of being like God and knowing more than what God had revealed.

The story continues as she heartwrenchingly wrestles with the realization that Able died and Cain suffered banishment as a result of her rebellion in eating the fruit, and I don’t mean to misrepresent the point Mrs. Carr intended her article to convey. At the same time, the paragraph I just quoted sparked my thinking concerning women and our attraction to mystical adaptations of Christianity.

Specifically, the closing phrase of that paragraph captured my attention.”Knowing more than what God had revealed.” Was that Eve’s motivation? Had Satan promised her revelation beyond the words of God, insinuating that what God had spoken to her and Adam wasn’t sufficient? Fascinating questions! I went to my Bible to verify this interesting possibility. Genesis 3:6 had my answer.

So when the woman saw that the tree was good for food, and that it was a delight to the eyes, and that the tree was to be desired to make one wise, she took of its fruit and ate, and she also gave some to her husband who was with her, and he ate. (ESV)

That phrase, “the tree was to be desired to make one wise,” gave me confirmation Simonetta Carr had indeed offered a profound insight. Despite the intimate fellowship that she and Adam regularly enjoyed with God, Eve liked Satan’s suggestion that they could possess knowledge beyond what He had revealed to them.

That idea made me think of the mysticism that pervades many evangelical churches today. Although many men get sucked into this terrible trend, it appears to be the most pronounced in women’s ministry. Immediately I think of Beth Moore’s claims of revelations from God and Sarah Young’s book, Jesus Calling. I also remember countless women’s retreats and Bible Study meetings where leaders encouraged us to “allow” the Holy Spirit to reveal Himself, not in the pages of Scripture, but “personally” during times of “listening prayer.”

All too often, evangelical “Bible” teachers send the message that the Bible only goes so far in showing us what we need. Typically (and I speak from both person experience  and first-hand observation), evangelical women receive subtle pressure to understand their psychological wounds and/or to  experience God emotionally. They may certainly start with a Bible verse that “ministers” to them (i.e., that gives them goosebumps), but they must then seek “more.”

That spiritual rush, of course, exceeds the limitations of mere Bible study. As with other forms of evangelical mysticism, this intimacy with God suggests that we need more than what He has given us in His Word. But didn’t Eve plunge all of creation into decay and death precisely because Satan convinced her that she needed to digest the knowledge of good and evil? Didn’t he persuade her that God’s Word didn’t give her everything she needed?

Evangelical women fall for the same stale lie that Satan first told Eve. Thankfully, we can trust that God’s Word really does supply everything necessary for us to live on this side of heaven.

14 But as for you, continue in what you have learned and have firmly believed, knowing from whom you learned it 15 and how from childhood you have been acquainted with the sacred writings, which are able to make you wise for salvation through faith in Christ Jesus. 16 All Scripture is breathed out by God and profitable for teaching, for reproof, for correction, and for training in righteousness, 17 that the man of God may be complete, equipped for every good work. ~~2 Timothy 3:14-17 (ESV)