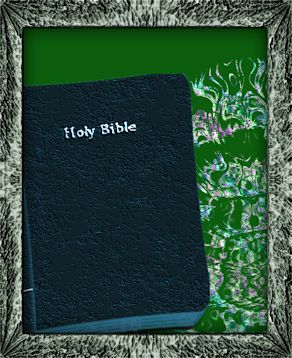 In writing about the Reformers each Tuesday, I’ve sought to emphasize their commitment to God’s Word. Present-day evangelicals, for reasons I don’t fully understand, have moved away from the idea of relying on Scripture as the sole means of hearing from the Lord, and instead pursue mystical experiences of direct communication with Him. The Reformers would have found such expectations puzzling.

John Calvin, as a matter of fact, directly refuted the concept of God speaking to anyone apart from His Word. Consider the following quotation of Calvin’s writing on the topic of Scripture’s authority:

Since no daily responses are given from heaven, and the Scriptures are the only record in which God has been pleased to consign His truth to perpetual remembrance, the full authority which they ought to possess with the faithful is not recognized unless they are believed to have come from heaven as directly as if God had been heard giving utterance to them.

As far as Calvin was concerned, the thought of God speaking in any way other than Scripture shouldn’t even be entertained. He insisted that the Lord had spoken with full authority in His Word, and therefore believers could trust that written record of His truth.

But Calvin didn’t stop there in his repudiation of personal revelations. With boldness that would make a modern discernment blogger blush, he unapologetically equated the practice with outright heresy!

The fanaticism which discards the Scripture, under the pretense of resorting to immediate revelations is subversive of every principle of Christianity. For when they boast extravagantly of the Spirit, the tendency is always to bury the Word of God so they may make room for their own falsehoods.

I doubt John Calvin would show much tolerance in a room full of 21st Century evangelical women off-handedly talking about things they believe God told them. But then, he lived in an age that cherished the Bible, having seen the Roman Catholic Church persecute (and often execute) men and women for simply owning a Bible in their own language. He valued Scripture too much to see its authority supplanted by claims of personal words from the Lord.

According to Calvin, such personal words “buried” the Word of God. Hadn’t the Reformers just excavated that same Word of God that had been buried under Roman Catholic tradition and papal authority for centuries leading up to Martin Luther’s 95 Theses? Why, in so short a time, would Calvin acquiesce to anyone allowing Scripture to then undergo a second burial? And wouldn’t a burial under something as subjective as personal mysticism (which might easily be attributed to too much wine or not enough sleep) be even worse?

Calvin’s words elevating Scripture over personal spiritual experience must echo through our minds today. Like so many aspects of the 16th Century Protestant Reformation, they must remind us to treasure the Bible as God’s Word — His only Word — to His people. They must remind us not to bury such a incomparable treasure under the filthy vestiges of subjective experience.

One thought on “Calvin’s Repudiation Of Personal Revelations”