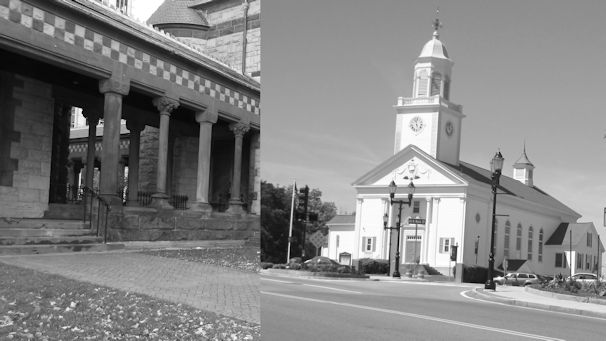 I seriously spent time last night trying to think up a title for today’s article that would emphasize discernment and let me sneak the Reformation in through the back door. The Lord faithfully convicted me of click-bait tactics. Okay, so let’s admit up front that this is another attempt to get you to appreciate the Reformation as much more than dusty history that has little relevance to Christianity in the 21st Century.

The response to my two articles on discernment ministry last week exploded with new readers now subscribing to my little blog, which pleases me in some respects. It disappointed me, however, that only a handful of people read Italian Renaissance Art, My Bucket List And The Protestant Reformation, which I wrote last Tuesday. John and I both lamented that most evangelicals apparently don’t care about their spiritual heritage.

Evidently, discernment is a much more popular topic. And controversy between well-known discernment ministry leaders is apparently even more of a draw. Who cares that Saint Peter’s Basilica, although intended to represent the supposed grandeur of the Roman Catholic Church, convinced Martin Luther to protest the unbiblical doctrine of Purgatory and the exploitative practice of selling Indulgences? What does it matter that he and other Reformers then called Rome to repent of other false teachings that distorted the Gospel?

If you think the current controversy is a bloodbath, try reading about Bloody Mary’s relentless persecution of the English Reformers. Read about John Calvin’s years in exile or about Thomas Cramner recanting his Reformed faith, only to take back his recantation and (at his execution) ask the executioners to begin by burning the hand that signed the first recantation. Read about the Counter-Reformation, where the Council of Trent doubled-down on the very doctrines that the Reformers challenged.

The Reformers compared Roman Catholic teachings to the Bible and discerned that Rome had deviated from Scriptural teaching. Although they made some glaring mistakes (such as Luther’s anti-semeticism), by and large their discernment ministry restored God’s Word to the elect.

Therefore they’ve blessed us with a powerful example of true discernment. For them, the controversy and conflict was neither wanted nor intended. They simply recognized error in Roman Catholicism and hoped to correct it. They directed people back to Scripture, assuring them that Christ secured the salvation of all who trust in His finished work on the cross.

The discernment of the Reformers shows us how to develop our own discernment. Through studying them, we learn to judge everything by God’s Word. Please, then, reject popular notions about history being academic and irrelevant. Embrace the Reformers (complete with their sinful flaws) as teachers of discernment. You might be surprised at how relevant they really are.

2 thoughts on “The Protestant Reformation: An Example Of Biblical Discernment”