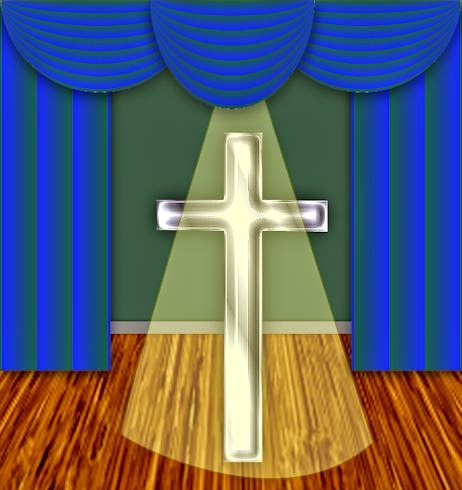 When faced with recent discussions about the Protestant Reformation this past week, many evangelicals have defended Catholics by offering anecdotal stories of Catholic friends and family members who love Jesus. They consequently object to statements that the Roman Catholic Church teaches a false gospel. Furthermore, they plead for evangelicals to lay aside our differences with Catholics and focus on the things that unite us.

Certainly, a few people in the Catholic Church may, by God’s grace, possess genuine salvation. Before I say anything else, I must acknowledge that very real possibility. Last time I checked, the Holy Spirit hadn’t given me His ability to look into anyone’s heart to assess their standing with the Lord.

Having said that, intellectual honesty demands that we recognize the many unbiblical teachings that Roman Catholicism promotes. Most notably, as I’ve stated repeatedly on this blog, Catholic doctrine adds the works of penance and the sacraments to faith as conditions of salvation.

People of any religion may feel love for Jesus, and yet trust in false religion for their salvation. Every time John and I go into Boston, we see Jehovah’s Witnesses standing in populated ares with their literature, smiling invitingly at tourists and locals alike in hopes of engaging someone in conversation. These people most assuredly preach heresy, but every single one of them sincerely believes he or she loves Jesus. Sadly, they love a false Jesus and trust in a system of salvation by works that will lead them straight to hell unless God intervenes.

Loving Jesus isn’t the criteria for salvation, my friends. Trusting Him, and Him alone, is. His finished work on the cross completely paid the penalty for the sins of all who place their faith in Him, and His resurrection guarantees that believers will one day be raised with Him. The apostle Paul said that this simple message, without embellishment, is the whole Gospel.

Catholic doctrine, much like the doctrine of Jehovah’s Witnesses, Mormons and pretty much every religious system other than Biblical Christianity, adds to Christ’s work on the cross, assigning human responsibility to the salvation event. But, as we’ve been learning in our Monday Bible Studies on Titus, good works are a result of salvation, not a means of obtaining it.

Roman Catholicism, I regret to say, has yet to recant the Council of Trent, which pronounces damnation on anyone who insists on salvation by faith alone. Despite declarations of love for Jesus, Catholics who participate in the sacramental system of the Catholic Church implicitly demonstrate that they trust something other than Christ’s finished work on the cross. Therefore, like the 16th Century Reformers, modern-day evangelicals must not disregard this fundamental difference in doctrine.