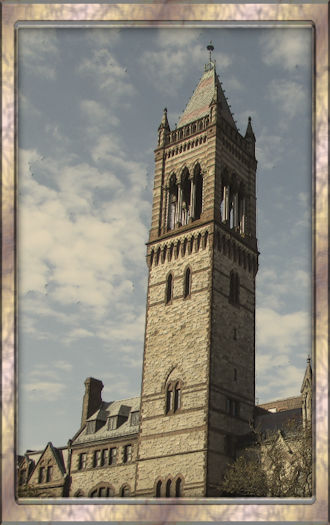 Once again, presumably to increase traffic to their blogs, bloggers have been producing their Top Ten lists of their most popular articles of 2017. Once again, I’ve decided not to follow suit.

For a while this week I considered compiling a list of the five blog posts I believe were my most important this past year. Although the one I considered the most important happened to be far and away the most popular essay in the history of The Outspoken TULIP, for the most part the pieces I really wanted people to read received the lowest amount of views. If I listed them here, I doubt readers would be any more attracted to them now than they were when I originally published them.

I felt particularly disappointed that my year-long series on the Protestant Reformation didn’t interest many readers. Granted, I remained indifferent to that point in history for many years myself. In writing those articles, I guess I forgot how long it took for the Lord to wake me up to the monumental significance of what the Holy Spirit accomplished through Luther, Calvin, Tyndale and others in the 16th Century. Therefore I felt impatient with readers who didn’t share my newfound passion for the Reformation.

Since October 31, I’ve pretty much backed away from writing about the Reformation, largely because I know that people are even less interested in it now that the 500th anniversary has passed. Certainly, my posts since then have drawn more views. If I had any business sense, I’d get the hint that people want to read about discernment and longings of physically disabled women more than about old dead guys standing for the recovery of Biblical doctrine.

But if pragmatism is a major cancer in the 21st Century church, surely Christian blogs dare not practice pragmatism in determining content. I wish more people would read my Reformation posts instead of posts that they think might offer some juicy gossip.

As I’ve said before, we can learn the most about discernment through studying the Protestant Reformation. The Reformers teach us how learning and properly applying Scripture leads to true discernment. Although we might think that the Reformation, being 500 years behind us, can be tucked away with our high school history books, the truth is that we desperately need its lessons.

This week, bloggers are presenting retrospective lists looking back on 2017. And that’s entirely appropriate. But for Christians, isn’t it even more appropriate to look back to the Protestant Reformation for instruction on how to discern sound doctrine? I hope you’ll read some of the essays I wrote about the Reformation this past year (click “The Reformation” link in my Categories index). I’d much rather you read some of these articles than my Top Ten posts.

2 thoughts on “A 2017 Retrospective You May Not Expect”