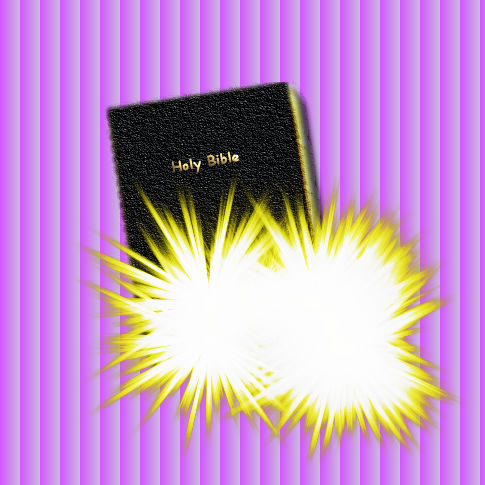 We all want discernment. Definitions of discernment vary according to theological convictions, of course, with Charismatics believing that it entails mystical gut feelings that supposedly identity some level of spiritual warfare and/or demonic activity.

I think specifically of a friend of mine in Memphis who believed God had given her the gift of discernment. During my first few months in the nursing home, she noticed that another middle-aged resident had befriended me.

This resident happened to use thick glasses that greatly magnified her eyes. Admittedly, she wasn’t a Christian and tended to use gossip as a way of establishing her importance, so she obviously wasn’t the sort of person I should have as a best friend. But nursing homes don’t allow for much socialization,  so I accepted the resident’s friendship. She also needed a friend, after all.

One day my self-proclaimed discerning friend came to visit. With a knowing look on her face, she informed me that she sensed a demonic spirit in the resident who had befriended me. She claimed she could “discern” it in the resident’s eyes.

Should I mention that a year later this “discerning” woman attended a Benny Hinn meeting, believing that God would use Hinn to heal her diabetes?

In my over 30 years in Charismatic circles, I’ve witnessed many other instances of people (usually women)  exercising the kind of mystical “discernment” that my friend in Memphis supposedly exercised in detecting a demonic spirit in the resident’s eyes. But this type of discernment, from what I see in Scripture, belonged to the Apostles. Notice that 1 Corinthians 12:8-10 lists the gift of discernment among the gifts that expired at the close of the Apostolic Age.

Rather than being a spiritual gift for post-apostolic Christians, Biblical discernment is a cultivated skill that all Christians can (and should) develop through reading and studying God’s Word.

For the word of God is living and active, sharper than any two-edged sword, piercing to the division of soul and of spirit, of joints and of marrow, and discerning the thoughts and intentions of the heart. ~~Hebrews 4:12 (ESV)

The Word reveals Who the Lord is and how He thinks. Consequently, it enables us to discern good teaching from poor teaching, truth from error and wise decisions from unwise. For example, studying Scriptures about gossip would have been a better warning regarding the resident in the nursing home than a gut feeling based on glasses that magnified her eyes. And a good knowledge of Scripture would have made it obvious that Benny Hinn is neither a Biblical teacher nor someone with the gift of healing.

Let’s get over the idea that discernment is a mystical sensation that “gifted” believers possess. That misconception actually draws people away from God’s Word instead of helping them develop true discernment skills.

2 thoughts on “A Counterfeit Discernment”