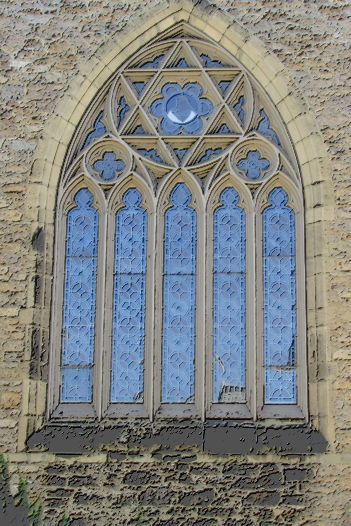 Between November 1, 2016 and October 31, 2017, I devoted almost every Tuesday to blogging about the Protestant Reformation. Since October 31, I’ve said little about the matter, largely because the 500th anniversary had passed and everyone has moved on to other topics.

Admittedly, in a culture that finds history boring, trying to write a weekly column about 16th Century church history left me frustrated and exhausted. The release from the year-long project emancipated me to write whatever I felt like writing on Tuesdays, and I thoroughly enjoyed my sudden freedom from researching the various aspects of the period and its implications. Also, it was nice attracting more readers on Tuesdays.

But I wonder, now that October 31, 2017 has passed and we’ve found new bandwagons to jump on, if anyone really gained an appreciation for the Reformation. Have we learned to value the Scriptures that plunged so many Reformers into martyrdom? Have we understood why we must reject the teachings of Roman Catholicism in favor of returning to the Word of God? In short, have all the celebrations in 2017 meant much to evangelicals?

This morning I picked up the September/October 2017 issue of Modern Reformation magazine, which prompted my thinking about the Protestant Reformation. While I have no desire to revert to weekly blog posts about the Reformation, I realized that I shouldn’t abandon the topic either. Many of the problems in 21st evangelicalism, I believe, stem from ignorance of and indifference to the Reformation.

Specifically, present-day evangelicals tend to downplay the importance of doctrine, claiming that doctrine destroys unity. Well, it does — Martin Luther would be the first to tell you that! However, do Christians cherish unity over and above God’s Word? Luther didn’t. He entered the Diet of Worms fully expecting to face execution because he couldn’t bend Scripture to accommodate Rome’s extrabiblical teachings. He, along with other Reformers throughout Europe and England, demonstrated that doctrine mustn’t ever be jettisoned simply to keep the peace.

I’m under no illusions that any of the Reformers were perfect. Luther, in later years, developed ghastly anti-semeticism that, 400 years afterwards, Adolph Hitler further distorted and exploited. Obviously,  we can’t place even the most heroic Reformers on pedestals. Only Christ deserves such adulation!

But I strongly believe that we need to both understand and emulate their devotion to Biblical doctrine, even if our devotion divides us from professing Christians who mix God’s Word with human religion. We look back to the Protestant Reformation, not as history geeks, but as its progeny. Its great lessons promise protection against the false teaching that could once again remove the Gospel from the visible church.