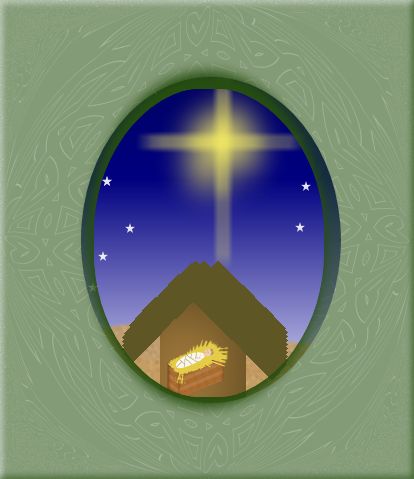 To tell the truth, I haven’t been very enthusiastic about Christmas this year. Other bloggers have been writing about it since Thanksgiving, God love them, faithfully reminding their readers to focus on the Lord. Well, we definitely need such reminders.

Maybe it’s weariness from the seemingly relentless trials bombarding me since my birthday, or maybe my aversion to seasonal things grows more pronounced as I age, but I simply haven’t wanted to read or write Christmas themed posts this year. Circumstances severely limited excursions to Boston in 2018, and I think I view Christmas as the beginning of another long New England winter that keeps us away from both Boston and (even worse) church.

My Bah Humbug attitude troubles me. It bothers me because Christmas celebrates the  wonder of God the Son taking a human nature. Could there possibly be anything as amazing as the Creator and Ruler of the universe taking up residence in the womb of a virgin for nine months?  Could anything be as wondrous as Christ’s Incarnation?

Perhaps Bah Humbug attitudes reflect the self-absorbtion so prevalent in today’s narcissistic culture. Despite all my prayers and efforts to renounce selfishness, I find that my troubles (real and serious as they are) distract me from worshiping Jesus and serving my readers by directing their attention to the Incarnation.

Ironically, one of Scripture’s most powerful passages concerning the Incarnation is embedded in a warning against selfishness.

3 Do nothing from selfish ambition or conceit, but in humility count others more significant than yourselves. 4 Let each of you look not only to his own interests, but also to the interests of others. 5 Have this mind among yourselves, which is yours in Christ Jesus, 6 who, though he was in the form of God, did not count equality with God a thing to be grasped, 7 but emptied himself, by taking the form of a servant, being born in the likeness of men. 8 And being found in human form, he humbled himself by becoming obedient to the point of death, even death on a cross. 9 Therefore God has highly exalted him and bestowed on him the name that is above every name, 10 so that at the name of Jesus every knee should bow, in heaven and on earth and under the earth, 11 and every tongue confess that Jesus Christ is Lord, to the glory of God the Father. ~~Philippians 2:3-11 (ESV)

Of course there’s infinitely more to Christ’s Incarnation than merely being an example of selfless humility. But it’s not less than that. The Holy Spirit inspired Paul to make this connection for our instruction and application.

Therefore, writing Christmas themed posts on the Incarnation shouldn’t be eclipsed by my selfishness preferences. It’s a joyous doctrine, and one that leaves us in a state of worship and adoration.

I doubt I’ll write Christmas themed posts every day between now and Christmas. But I won’t avoid them either. Christ’s Incarnation demands repentance from Bah Humbug attitudes and calls us to deeper worship of God made flesh and dwelling among us. Why should any Christian blogger ignore it?

2 thoughts on “There’s Nothing Humbug About Christ’s Incarnation”