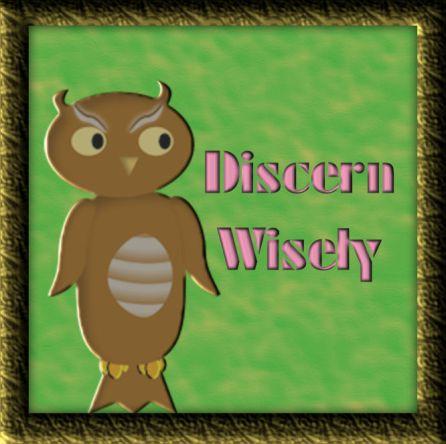 Looking back at my old blog (which I took down quite some time ago), I’d have to say that my discernment articles probably didn’t qualify as reputable. Although I accurately reported the false teachings of Rick Warren, Beth Moore, Sarah Young and others, I did so in a heavy-handed manner. Particularly when writing about Beth Moore, I showed no compassion to her followers; I just wanted to prove my theological superiority.

Driven by a heated argument with a personal friend who loved Beth Moore, I doubled down in each successive blog post, pulling out all the stops to hammer home my points. Admittedly, my friend was vicious in defending Moore, sometimes resorting to ad hominem remarks about my character. That type or argumentation is, of course, both a logical fallacy and unbecoming to a Christian. But some of her accusations contained an element of truth.

Everything I said about Beth Moore was factual and well documented, but my presentation betrayed my arrogant determination to win the argument. Not once did I consider my friend as a victim. Not once did I express empathy as I dismantled someone whom she believed was her personal friend.

I faileed to speak the truth in love.

Most disreputable discernment blogs make the same mistake. The bloggers have plenty of documentation, but blurt it out harshly and with an air of brutality. They forget, in their zeal for truth, to keep love as the motivation for telling truth.

12 Put on then, as God’s chosen ones, holy and beloved, compassionate hearts, kindness, humility, meekness, and patience, 13 bearing with one another and, if one has a complaint against another, forgiving each other; as the Lord has forgiven you, so you also must forgive. 14 And above all these put on love, which binds everything together in perfect harmony. ~~Colossians 3:12-14 (ESV)

So you can detect a disreputable discernment ministry by its lack of love. If they do nothing but call out false teachers, making no effort to draw readers back to God’s Word, you need to be suspicious of their motives. Do they genuinely want to build up fellow believers and honor the Lord, or do they merely want large audiences?

A second indication that discernment bloggers aren’t reputable is their documentation itself. Not all documentation comes from trustworthy sources, particularly on the internet.

One discernment blogger I used to read believed rumors about MacArthur based on two websites dedicated to discrediting him for his position on Charismatic theology and an eschatological point where he differed from her. From these things, she concluded that MacArthur is just as much a false teacher as Beth Moore. Her article had plenty of documentation, but the documentation came from sites that in  many more other respects directly contradicted her own theology.

In other words, she grabbed at straws because her animosity towards MacArthur eclipsed her commitment to truth. Such dishonesty, I’m sorry to say, happens far too frequently in discernment ministry.

8 But now you must put them all away: anger, wrath, malice, slander, and obscene talk from your mouth. ~~Colossians 3:8 (ESV)

If a blog is more concerned with damaging a popular teacher’s reputation than with truthful representation, don’t regard it as reputable.

The Lord has gifted many bloggers with good discernment, and they serve the Body of Christ in invaluable ways. We should praise God for reputable discernment ministries that encourage people to search their Bibles and that exalt Jesus Christ. Make sure that the discernment blogs you read do these things.