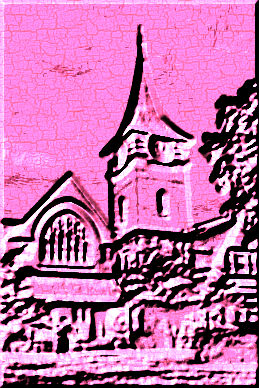 Don’t kid yourselves. Even if Donald Trump wins a second term in 2020, he can’t stop (or even delay) the growing persecution against Christians in the United States. He may  be the most powerful man in the world, but he’s only a man. From what I’ve observed, his position on LBGTQ issues appear somewhat ambiguous, leading me to doubt his ability to preserve religious liberties. And, as you’ll see in tomorrow’s edition of Saturday Sampler, California lies under the control of Planned Parenthood in regard to its court system.

But I don’t want to debate politics right now. Rather, I want to emphasize that not even a conservative president possesses the power to protect Christians from persecution. Indeed the religious freedoms that Americans have enjoyed for over 243 years stand out as an anomaly in church history.

Our freedoms have led to an unbiblical expectation, if not a demand, that we be spared from any opposition to our free expression of our faith. After all, we argue, the First Amendment to the United States Constitution guarantees freedom of religion. But in the 21st Century, that guarantee seemingly violates freedoms held dear by people who claim LBGTQ rights and reproductive rights. As a result, we can no longer ignore the reality that our Constitutional rights have no bearing on what Jesus taught us to expect from the world.

Jesus said nothing about demanding religious freedom either from the Sanhedrin or from Caesar. On the contrary, He actually promised that following Him world bring persecution. And beginning with the martyrdom of Stephen in Acts 7:54-60, Christians have suffered varying degrees of persecution throughout church history.

But earlier that same evening, Jesus gave His disciples a commandment that I believe was meant to both provide encouragement in the face of persecution and to serve as a testimony to the very people who would persecute them.

I submit to you that we cannot totally fulfill this commandment without being part of a local church body. In more passages than I have time or energy to cite today, God’s Word portrays love as an activity that believers perform, not a disembodied sentiment of good will.  Jesus gave a concrete demonstration of love when He washed the disciples’ feet (John 13:3-15). We, as His 21st Century disciples, most effectively imitate His example in the context of a local church.

Persecution will accelerate in the United States, regardless of anything the Constitution says. We can endure it best by staying in physical fellowship with a local body of believers. Please don’t neglect God’s wonderful provision of the church. Not in these difficult times.