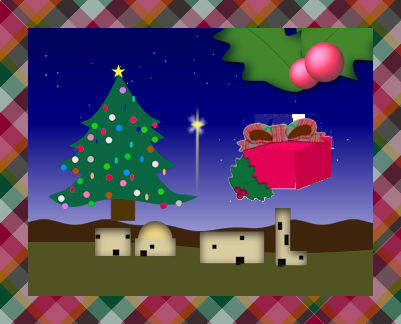 The last two days on Grace to You, John MacArthur has remarked that much of the world celebrates Christmas, but few people spend any time celebrating Jesus Himself. This fact bothers me most years, but this year I find it particularly irksome.

It’s not simply that the excitement of presents, food and activities overshadow serious reflection on the Lord. In a sense, I can understand how that happens. It’s not right, obviously, but I think even the most devoted Christian falls into that trap from time to time. In and of itself,  that sense of distraction doesn’t upset me very much.

But it deeply disturbs me to see people who want nothing to do with Jesus suddenly preparing for a holiday that’s supposed to be about Him. It seems ironic at best, but perhaps we can justly call it hypocritical. People want the fun of Christmas, while rejecting the One that Christmas should honor.

The disparity angers me.

It ought to anger more Christians.

At the same time, we shouldn’t be surprised that the world distorts Christmas into a holiday of self-gratification and revelry. We should expect them to focus on the party while turning their backs on the Guest of honor. Even the First Century Jews, who claimed to eagerly await their Messiah, didn’t want much to do with Jesus other than enjoy the miracles He performed.

Worldly celebrations of Christmas without Christ remind me of the false disciples in John 6 who followed Jesus after He miraculously multiplied the bread and fish. They loved the food and fellowship, but walked away when Jesus started telling them Who He was and what He expected of them.

Scripture makes it plain that the world, while it may like all the goodies attached to Jesus,  has no stomach for the Lord Jesus Christ Himself. Actually, it downright hates Him (John 15:18-19). After all, He claims authority over all creation and therefore demands obedience to His laws. How could a world that prides itself on its presumed autonomy possibly want to embrace Someone Who calls them to put themselves aside in favor of worshiping Him?

People want Christmas without Christ precisely because He rightly requires a response to His deity. Divorcing Him from the cultural festivities becomes necessary if they hope to avoid the obvious ramifications of God coming to earth as the atoning sacrifice for their sins. So they immerse themselves in the worldwide party, purposefully blotting out the Savior, Who is Christ the Lord.

4 thoughts on “Jesus Gets Excluded From His Own Birthday Party”