This time of year, many bloggers share their most popular posts from the past 12 months. Ever the nonconformist, I’ve decided to celebrate the year’s end by featuring favorite articles of mine that my readers seem to have overlooked. Today I’m posting one I wrote back in March. 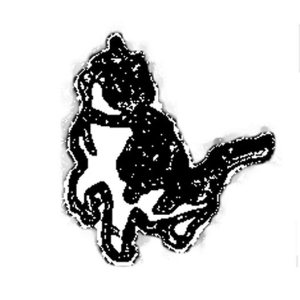 Back in the 80s and early 90s, my reputation for practical jokes was such that I got blamed even for those I didn’t orchestrate. My personal favorite was in honor of my friend Bob’s birthday.

Bob shared my dislike for cats (which we both greatly exaggerated for the purpose of teasing each other). When his birthday rolled around, I gave his phone number to my friend Terry, whom Bob had never met. At my instruction, Terry told Bob that he was from the SPCA, and wanted to deliver a kitten to him that afternoon.

Bob declined the offer, and wandered out of his room in bewilderment telling his housemate, “I just got the strangest phone call.” Before he could recount what Terry had said, his housemate doubled over with laughter, causing Bob to remember that I’d spent time with that housemate a week earlier. “DebbieLynne!” he shouted knowingly.

I’m still proud of that one!

These days I have fewer opportunities to play practical jokes, largely because I don’t have an accomplice. Also, I have less energy than I did back then. Practical jokes take work!

But, as much as I miss that part of my life, I have changed into a more serious woman. Oh, I still laugh a lot — a robust sense of humor is downright necessary to be married to John, let me tell you! At the same time, the world has gotten much darker since those carefree days. Sins that most people (even non-Christians) considered shameful back then are now so openly celebrated that society shames anyone who dares to speak against them.

Although as Christians we have incalculable joy (which we should express freely and often), Scripture also encourages us to be sober minded. In his letter to Christians living in societies that were hostile to the Gospel, the apostle Peter urged his readers to take life seriously.

13 Therefore, preparing your minds for action, and being sober-minded, set your hope fully on the grace that will be brought to you at the revelation of Jesus Christ. 14 As obedient children, do not be conformed to the passions of your former ignorance, 15 but as he who called you is holy, you also be holy in all your conduct, 16 since it is written, “You shall be holy, for I am holy.” ~~1 Peter 1:13-16 (ESV)

This isn’t a time for excessive fun and games, dear ladies. The world’s determined descent into open approval of perversion and ghoulish practices, such as homosexuality and abortion, necessarily mean that we face serious persecution here in the United States of America. Consequently,  we don’t have a whole lot of time to openly proclaim the Gospel.

Truthfully, I get annoyed by all the tagging games on Facebook and Twitter. Sure, I use those platforms to update people on our lives, and very occasionally I’ll post a funny comment. But my primary purpose in using social media is to point people to Christ. As America grows darker, I believe Christians need to double down on our efforts to shine the light of Christ.

So as much as I love a good practical joke, I no longer want to be known for playing them. I’d prefer to invest my time and energy making Christ known.

2 thoughts on “Overlooked Posts From 2019: Funny That I’ve Grown Serious”