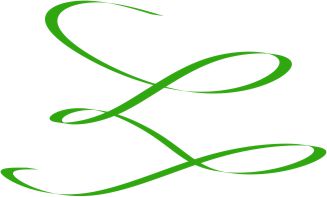 We’ve all had those days. We grudgingly open our Bibles because we know we should, but we’d really rather finish that crafts project or read another chapter in that novel.

If I can publicly admit to having days that I simply don’t want to spend time with the Lord, the least you could do is privately confess it to Him. After all, He already knows your secret thoughts.

Of course we feel guilty about approaching our devotions as if they were a chore like cleaning the oven. And I have no intention of alleviating our guilt. We need to come to terms with the fact that we fail to END_OF_DOCUMENT_TOKEN_TO_BE_REPLACED

When Christ convicted my 17-year-old heart of sin and then sent somebody to tell me that He paid for my sin, I knew that I owed him my very life. Like most teenagers, I was absolutely convinced that I understood both the magnitude of His atoning work on the cross and the depths of my sin.

In my prayer time lately I’ve been pondering the fact that I really don’t understand how truly wretched I am. The Lord occasionally gives me glimpses of how horrendous my sin actually is, but much of a time I struggle to see how profoundly sinful I am. I know it intellectually, but my emotions resist that knowledge. And thus I confess that I have no idea how great a debt I owe the Lord.

Praise the Lord for erasing that debt, even as He shields me from the devastating realization of it. In heaven, once He frees me from the effects of sin that continue to cling to me, He will show me the extent of His mercy. Then I’ll understand how much I owe.

Hark! The Herald Angels Sing has been my favorite Christmas hymn for most of my Christian life. It’s packed full of solid Biblical doctrine ranging from the Incarnation to regeneration, always bringing us back to His glory.

Singing this beloved hymn grows more meaningful each year as I notice new depths of theology in its familiar verses. As a result, I love it even more now than I loved it as a new Christian. I pray that you’ll discover truths about our wonderful Savior every time you sing it too.

A friend of mine asked a question on Facebook, largely directing it to his friends who, like him, reject the authority of Scripture. I read through several responses, most of which revealed varying degrees of animosity toward what they call “traditional Christianity.”

I thought about the question for  24 hours. That’s probably a good rule of thumb for engaging on social media anyway, and I would most likely do well to implement that rule a lot more frequently than I do. Anyway, as I mulled  it over, I realized that the best answer to the question was to ask what the Bible says about the matter.

Predictably, someone immediately challenged my comment by saying that the Bible is difficult to define, and therefore an unreliable source. I sensed from his tone that he wanted to shame me for END_OF_DOCUMENT_TOKEN_TO_BE_REPLACED 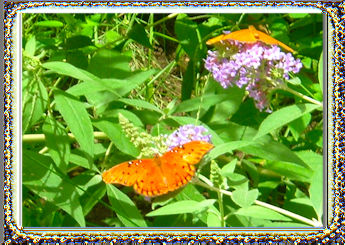 Somewhere in the 1960s, when evangelicals became enamored with psychology, teachings on forgiveness started emphasizing the benefits of forgiveness on the person doing the forgiving. If they had left the discussion at Matthew 6:14-15, that would have been fine.

To their shame, they didn’t leave it there. No, they elaborated that when someone refuses to forgive those who hurt her, she imprisons herself in bitterness. Therefore, they reason, she END_OF_DOCUMENT_TOKEN_TO_BE_REPLACED

False teachers and false teaching should, by all the means, make Christians angry! If we love the Word of God, we will naturally hate anything that comes against it. And such animosity comes out of a pure love for Christ and His people.

Did you notice the clause, “and His people”? I didn’t put that there simply for rhetorical value. Loving the people of Christ encompasses many things, one of which is wanting them to reject false teaching in favor of doctrinal purity. It follows that we should approach victims of false teaching just that — victims.

Sometimes we forget that most of the people who fall victim to these theological aberrations honestly believe they follow the Lord. Some are even END_OF_DOCUMENT_TOKEN_TO_BE_REPLACED

I feel no shame for needing a wheelchair, nor should I. Instead, I feel gratitude that I live in a time and place that allows me to have a power wheelchair. My wheelchair helps me get around the apartment, travel between Adult Sunday School and church services, and roam around downtown Boston. Crutches and wheelchairs provide marvelous freedom to people who would otherwise be bedridden.

So I can’t help laughing when someone accuses me of using Jesus as an emotional crutch. During my high school years, people hurled that line at me quite a bit, always with the implication that I should be ashamed of leaning on Him. Such people proudly imagine that they don’t need the Lord — that they have all the psychological resources necessary to get through life.

Maybe so. But that outlook assumes that this life only has a material dimension and that nothing exists after death. It seems to me that it also requires END_OF_DOCUMENT_TOKEN_TO_BE_REPLACED

The Outspoken TULIP
Powered by WordPress.com.